The Bruzz magazine box close to the Bourse is a hotspot and very wanted hanging place for many people wanting to put messages up in the city center, that works as an analog blog, displaying always the newest message, while others might still be visible. In only one month, we discovered numerous ways and strategies in which messages can be framed, sticked, staged... 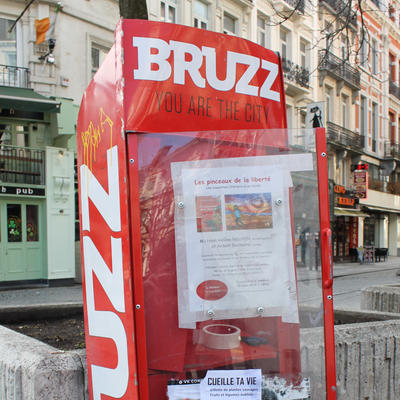 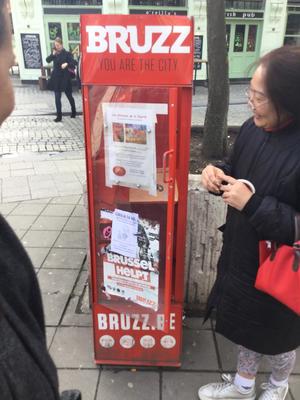 After our initial observation of the “Cueille ta vie” stencil earlier that day, we went back to the magazine box to see what had happened to it. And (not) to our surprise, a lady was hanging one of her own posters there where earlier the “Cueille ta vie” stencil had been hanging. Although the woman had “taken the place” of someone else (she put her poster on exactly the same space where another one was), she did have the politeness of taking off the “Cueille ta vie” stencil and putting it beneath. This small action could be read as a form of analog blogging ! A newer post arrives, an older one slides downward. Notice in this that the “poor” sticky tape of the “Cueille ta vie” stencil now actually seemed to come in handy : the stencil was easy to detach and re-attach. Although that was perhaps too optimistic : a couple of minutes later, the stencil was already starting to fall off. A problem that the lady and her poster would not have, given the fact that she used quite some tape to attach her poster to the magazine box. That being said, on an aesthetic level, and even on a communication level, it does make that the situational frame created through the plexiglass panel is less visible (and so less able to ‘work’ to stage and frame the poster). As for the content of her poster, it showed an invitation to an exhibition of the lady (who was actually an artist, a painter). The poster contained two of her paintings, with the heading of “Les pinceaux de la liberté”. In the text below we could read that it was about art as a form of therapy in dealing with the trauma of war (in this case the Vietnam war). 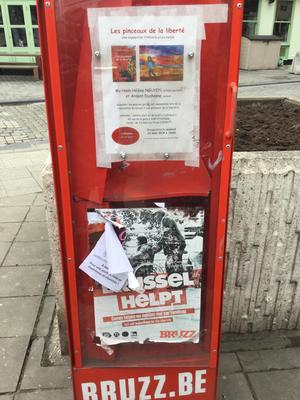 Some days later, we see that while the “Cueille ta vie” stencil is almost detached, the invitation les “Pinceaux de la Liberté” is still “super sticked”. 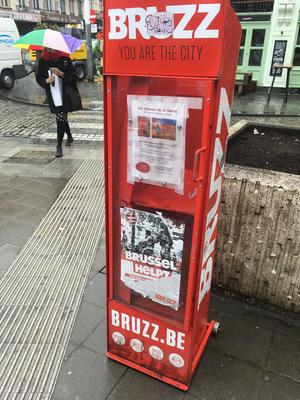 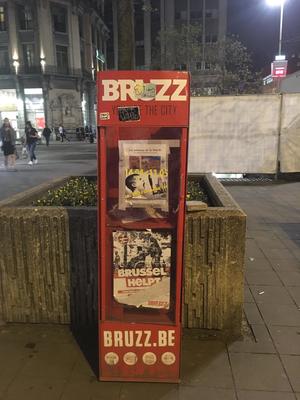 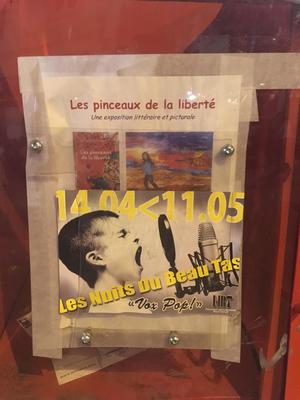 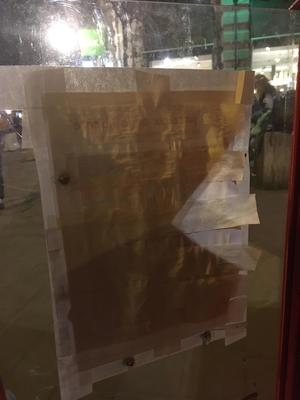 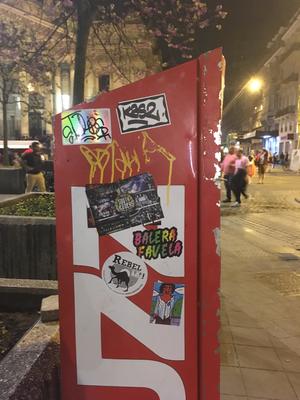 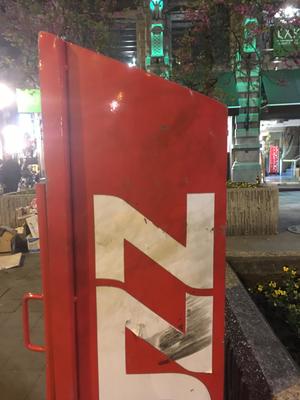 A month later, the box is not exactly at the same place. It has moved on the other side of the plant display. The “Les pinceaux de la Liberté” flyer is still there. There seem to be evidences that someone tried to remove it but didn’t succeed. Instead of removing it, the person who put the next flyer “Les nuits du beau tas” used the little plastic frame from the outside and just pushed back the “les pinceaux” flyer a bit. This time, I also notice a bunch of tags and stickers on one side of the box: some of them I already know: like #jeterembourselundi or #rebel-up (I know the guys who draw these parties), some I don’t, like #balerafavela. The strange thing is that there are no stickers or tags at all on the other side of the box. I make the hypothesis that that side of the box was previously against the plant display. But after checking on the previous pictures, I see that even in the previous configuration, both sides of the box were accessible… The mystery remains complete. 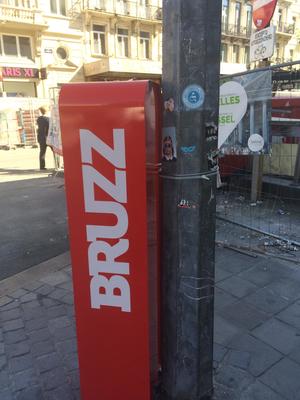 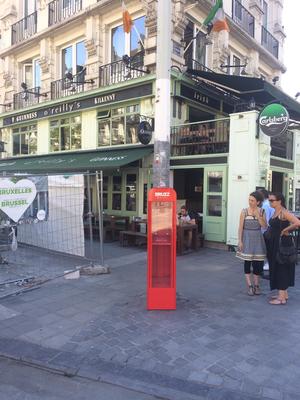 A bunch of weeks later, we discovered that Bruzz had removed the old box and replaced it by a brand new one, still "virgin". They also moved it a little bit, closer to the boulevard, and attached it to an electrical pole with a metallic tight and a "colson", probably to avoid people to move it from a place to another. The plastic frame is bigger than the one on the previous box and seems also more robust. We wonder if the novelty of the box will restrain new appropriation or, on the contrary foster them... TBC... " 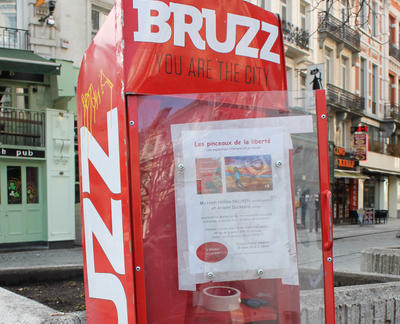 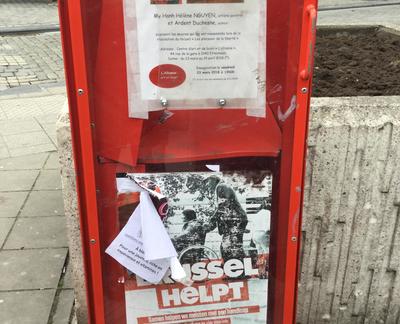 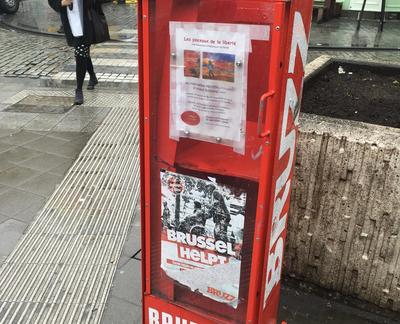 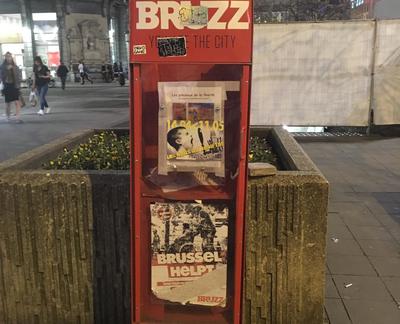 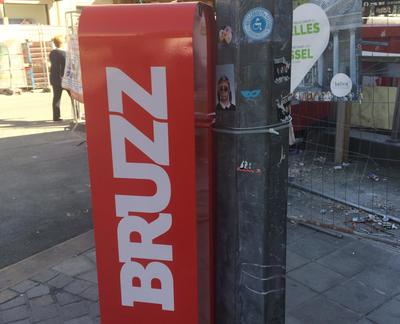